Today the first phase of the Injective mainnet launch has commenced.

The piece here will outline all of the details associated with the Injective mainnet release and its three phases.

After nearly three years of hard work and conversations, the community is ready to begin deploying the initial phase of the Injective mainnet.

Over the course of this time, the first entirely decentralized exchange protocol came to life to support both derivatives creation and trading. Along the way, a number of major milestones have also been achieved that have catapulted Injective to the forefront of the burgeoning decentralized finance paradigm.

Towards the end of last year, the public version of the Solstice testnet debuted, which allowed users to trade on the protocol for the first time. The Solstice testnet was met with tremendous demand with thousands of new users onboarding on a daily basis and daily trading volume regularly eclipsing $500 million.

During this time the protocol was revamped a number of times in order to further improve performance and enhance the user experience. New markets were added over time such as synthetic gold, Tesla stock futures, GameStop stock futures, Forex futures, and yield farming derivatives. Both the release and the listing of these assets were covered by the likes of TechCrunch, CoinDesk, and CoinTelegraph.

Earlier this year, Equinox Staking was released, allowing real life INJ holders to stake on the incentivized testnet as well as actively participate in governance. Injective contributors rapidly saw an uptick in Equinox Staking with over $50M staked by the INJ community. During this period, many global leading institutional staking providers also joined as validators and gained critical operational know-how on securing the consensus of the Injective Chain.

The testnet phases thus far have given users invaluable feedback and preparation for a successful mainnet launch. Moving forward, the mainnet will be launched in three discrete phases as depicted in the illustration below.

Phase one of the Injective mainnet will begin with the release of the native Injective Peggy bridge which is a decentralized, highly gas-efficient bidirectional bridge for transferring ERC-20 tokens from Ethereum to the Injective Chain.

The initial transfer process itself is quite simple and will consist of depositing INJ into the Peggy bridge contract on Ethereum.

In addition to the Peggy bridge, Phase One will include the initial protocol governance setup so that the community can help set the initial genesis state parameters such as which markets will be first deployed, validator rewards, exchange fees, etc. With this system in place, the protocol is guaranteed to be community-governed from day one.

Before delving into the specifics of the canary chain, it is important to understand the common phrase “canary in a coal mine”. The expression refers to birds called canaries that coal miners in the past brought into mine tunnels. If dangerous gases such as carbon monoxide were present in the mine, the gases would kill the canaries first before killing the miners, thus warning them to exit the tunnel immediately.

The story illustrated above is perhaps a dark analogy but in many ways is apt for the crypto ecosystem as it stands today. A number of major protocols suffer from malicious attacks from bad actors. In order to prevent any such case with Injective, the mainnet will be launched with a canary chain approach.

While key contributors are confident in Injective's ability to operate a secure and robust chain, one can never be too sure. Multiple auditors are working concurrently in the background to ensure the security of the protocol.

The canary chain will allow users to begin trading with real funds. In addition, everyone will now have the ability to bridge over any ERC-20 token onto the Injective Chain.

On a frontend level, restrictions will be implemented such as trading cap limits in order to mitigate against any potential threats. New features and markets will be rolled out step by step in order to ensure that all components of the chain are stable.

The canonical chain will include unrestricted trading for a plethora of new markets with full-fledged governance capability held entirely by the community. It will mark the official start of a truly free and decentralized financial system.

Since day one, it has been the mission of the community to build a more free and inclusive financial system through decentralization. The mainnet launch presents the first step towards empowering individuals with novel, transformative abilities to express themselves freely.

Every phase of the mainnet launch will be a step towards building a new financial paradigm that is more free and decentralized. 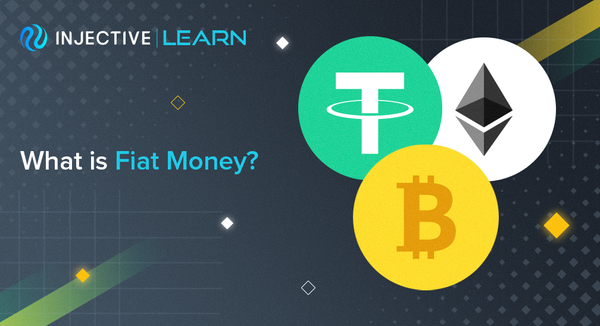 Money is an economic unit that has taken on various forms throughout history but has generally served three main functions: store of value, unit of account, and medium of exchange. When nations established the right to issue money, a unified system of value exchange became possible using a government-issued currency. 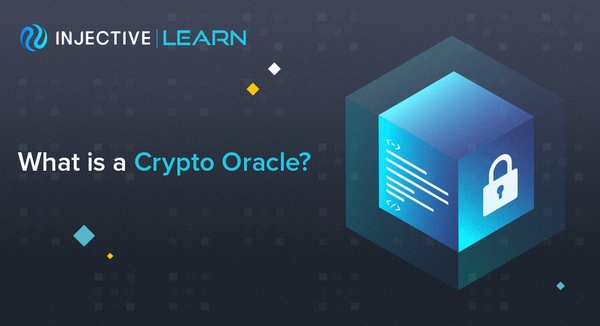 Decentralized oracles help connect off-chain external data and APIs with sovereign blockchains. In other words, blockchain oracles provide a framework for smart contracts to access data that is not deterministic or readily available from the information contained on this chain. This data could be anything from price feed to weather 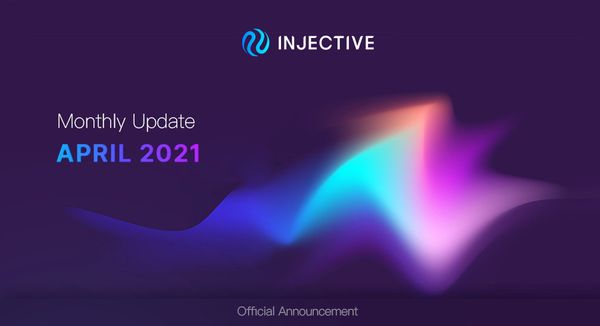 Welcome to Injective’s April update! It’s been another huge month for the Injective family. Thanks to a funding round from Pantera, Mark Cuban, and a number of other major investors, Injective was catapulted into unicorn status. Another milestone was soon reached afterwards with $50 million staked on Equinox.
Suggested articles
View all articles 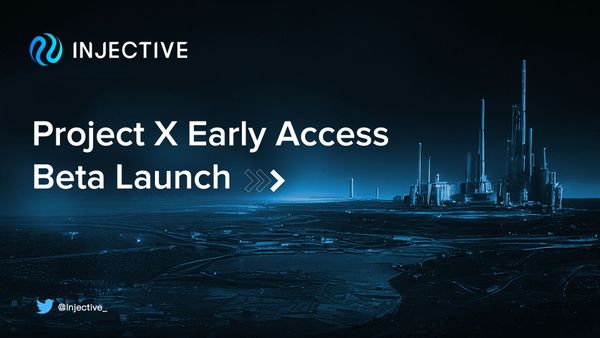