Users participating in the current Injective Trading competition will be able to interact with these markets on Solstice Pro starting today with up to 50x leverage. This also means that traders can now take part in much more sophisticated forms of trading that enable them to hedge against potential risks across both crypto and traditional markets.

Special thanks to Crypto Briefing for breaking this story.

A Brief Introduction to Forex Trading

Foreign currency exchange (also known as forex or FX) is the process of trading currencies for one another. Given the global reach of these markets, forex markets tend to be the largest and most liquid asset markets in the world.

In traditional markets, forex is often used by traders to hedge against international currency and interest rate risks. There are also some who utilize forex to speculate on geopolitical events that may lead to temporary arbitrage opportunities. Examples of specific geopolitical events can include recent events such as the US Presidential Elections.

Despite their popularity in traditional markets, forex tends to be largely inaccessible within decentralized networks. This is due to the inherent complexities presented by such a dynamic market that requires a number of custom parameters. The vast majority of DEXs today are tied to rigid frameworks that lead to significant roadblocks with respect to the deployment of novel markets. In addition, the high gas fees and slow transaction times prevent traders from being able to capitalize on forex markets which require rapid execution speeds and precision.

Examples of these issues can be found in Uniswap where users rely on an Automated Market Maker (AMM) structure to trade which can often lead to high levels of price slippage. Slow transaction times and high gas fees only exacerbates this scenario further and makes even the potential addition of forex markets on DEXs such as Uniswap both cumbersome and largely unusable from a practical standpoint.

Injective was specifically designed from day one to support any and all markets. This meant the creation of a truly bespoke platform that would enable all users to create and trade any new market of their choice.

From the inception of the project the community realized that forex markets would prove to be an especially difficult endeavor given their fast transaction requirements. This is one of the many reasons behind why the native Injective Chain was created, which was built to support even the most complex of markets.

As Injective Labs CEO Eric Chen recently noted in his Injective Vision piece, “The unique architecture of the Injective Chain provides users high transaction throughput and fast finality … As an application-specific chain, Injective has provided the ideal bespoke environment for decentralized derivatives trading while retaining the optionality of further optimizations in the future”.

Given the novel architecture and overall design, Injective is able to support a diverse array of forex markets on Injective. As an added bonus, Injectiev will now allow traders to use up to 50x leverage. Since forex trade spreads tend to be basis points, using higher leverage can enable more experienced traders to maximize their potential returns.

A core component of Injective is the ability to integrate further optimizations in the future. This leads to the creation of a self-evolving chain that is governed entirely by a Decentralized Autonomous Organization (DAO). So even as future forex market dynamics shift, Injective is able to support them via future upgrades.

This provides unlimited opportunities for traders within the crypto ecosystem. Now both novice and sophisticated institutional traders alike will be able to take on positions that aid them in hedging potential risk across the crypto and traditional markets. For instance, if a trader holds a long position in BTC but foresees volatility in the currency markets due to an upcoming election, he can hedge that risk with an exposure to the foreign currency markets.

Introducing forex trading to the decentralized trading ecosystem will bring forth a new era within DeFi as a whole.

Until now, forex trading was largely restricted to traditional markets and centralized exchanges. Injective is pioneering a paradigm shift in this industry by giving back control of such assets to the masses. This will not only lead to a surge in traders who were previously unable to interact with such markets but also aid in democratizing the financial ecosystem as a whole. 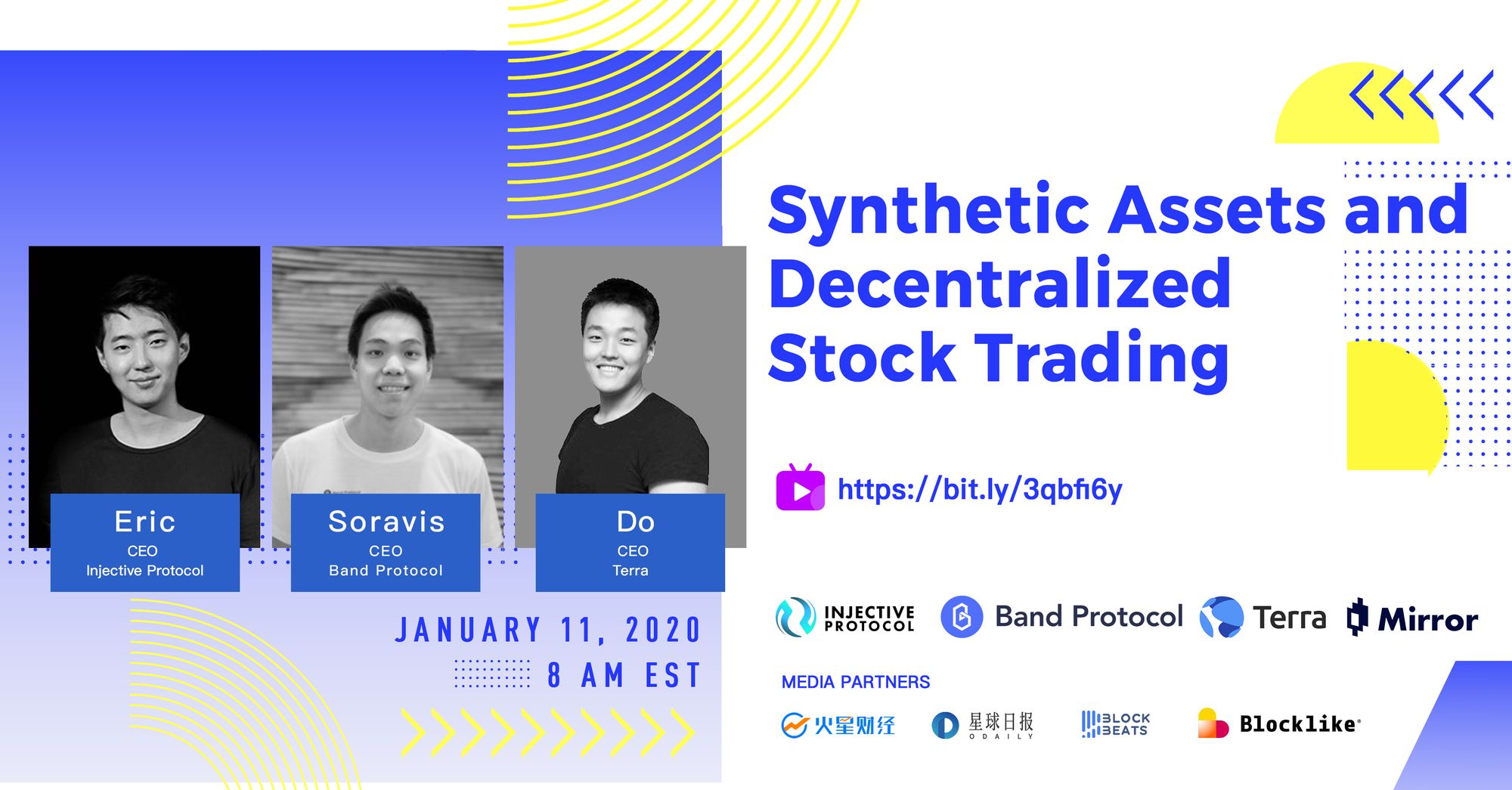 https://www.youtube.com/watch?v=3_x1npL-SSw A talk that covers synthetic assets and Injective's upcoming launch of decentralized stock trading. Participants include the CEOs of Injective, Band Protocol, 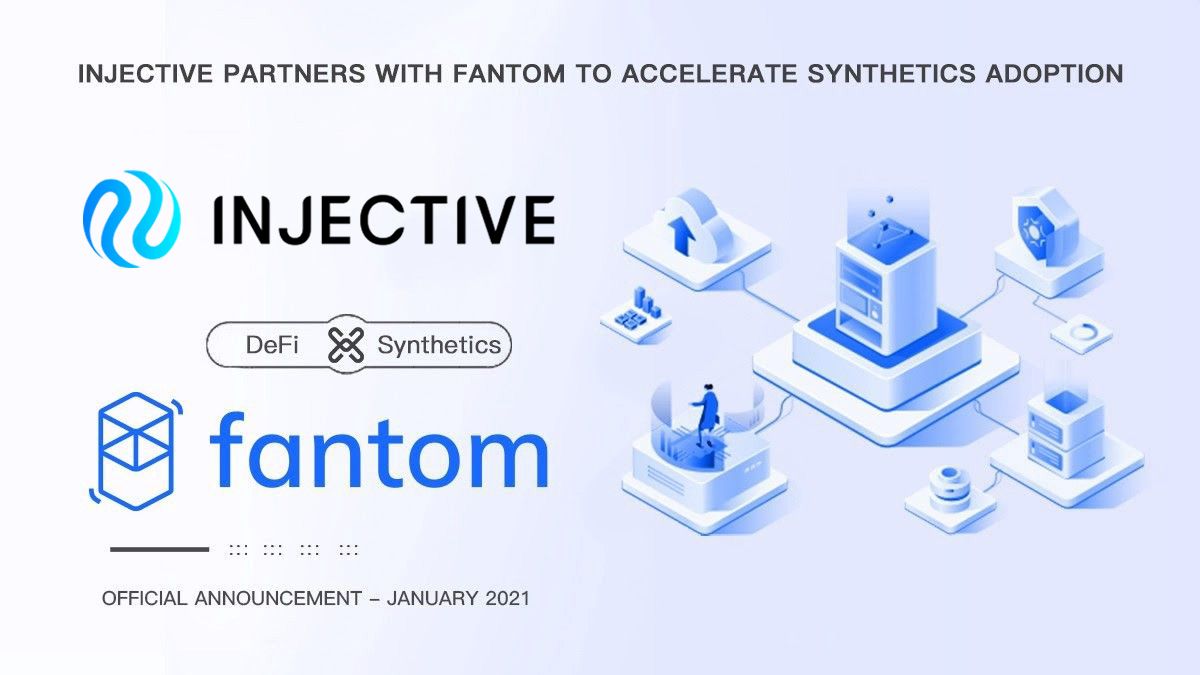 Fantom has entered the Injective ecosystem to accelerate synthetic asset adoption. This collaboration will focus on a number of distinct avenues that will culminate in the creation of new derivative