Today marks the conclusion to Equinox Staking and the official launch of the first phase of the Injective Mainnet!

The community surged with support over the past few months as the Injective protocol continued to be refined during the Equinox testnet. During this time over $50M was staked, a robust decentralized governance process took shape, and contributors were able to carry out major upgrades with one of the most reputable validator cohorts within the crypto ecosystem. All in all, the Injective community rose up together thanks to the involvement of both stakers and validators across the board.

Behind the scenes, community members anticipated the mainnet release process and ran multiple mainnet dry runs with external validators, culminating in the successful launch of the first phase. As described previously here, the mainnet launch will take place in 3 phases with the Peggy Bridge and initial deployments in Phase 1, the canary chain and exchange launch in Phase 2, and the canonical chain release in Phase 3.

The Peggy bridge contract has officially been deployed on Ethereum, which users can see here. The codebase has also been fully audited by CertiK and for transparency, contributors have added the audit report into the Peggo GitHub repository here.

Below you will find the procedure for the distributing Equinox Staking rewards as well as the rewards calculation mechanism, which has been open sourced here. Also covered are the structure and current deployment status of the Peggy bridge as well as more details on the next phases of mainnet launch.

Today will be the official conclusion of the Equinox staking testnet.

It's a thrill to have witnessed so much enthusiasm for Equinox within Injective's wonderful and vibrant community. The feedback circulated helped community developers to vastly improve many features of the protocol on both an interface and backend level. In what may be a first for the crypto industry,  INJ staking rewards were enabled for those participating in the incentivized testnet.

It is clear that the Equinox epic task was inaccessible for many users as the exchange underwent a number of upgrades over the past few days. To attain the epic task boost, users had to submit 50 separate trades across 5 different markets, and earn a net positive PNL. Completing the epic task would result in a 3% APY boost for Equinox Staking.

To ensure that all interested users receive the epic task staking boost, rewards will be calculated up until the canonical chain release. This means that you can freely unstake your INJ today (from the mainnet Ethereum staking contract) and the amount you had staked for the boost will still be counted. For example, if Jake had 100 INJ staked on Equinox and unstakes today, he will still receive the 3% epic task boost on the 100 INJ as long as he completes the epic task.* The reward will be calculated based on the start of the pre-staking period until today. Stay tuned for a detailed guide on how to transfer assets over to the Injective Chain and stake in the Mainnet in a follow-up article.

*Please note that if you withdrew your stake before today, you will not be eligible to receive any Equinox staking rewards, as stated previously.

Equinox rewards will be distributed upon the start of Phase 3 of the mainnet launch (upon the release of the canonical Injective Chain). This is done so that community members have enough time to earn the epic task boost. The tokens will be distributed directly to Injective addresses (address with an inj prefix) and not on Ethereum.

The preliminary rewards amounts can be found here under your address’s “total” field. Note that these reward amounts are preliminary, as they do not yet include the rewards from the final Equinox epic task mentioned above.

The function of the Peggy contract is to facilitate efficient, bidirectional cross-chain transfers of ERC-20 tokens from Ethereum to the Injective Chain. Unlike other token bridge setups, the Injective Peggy bridge is a decentralized, non-custodial bridge operated solely by the validators on Injective. The bridge is secured by the proof of stake security of the Injective Chain, as deposits and withdrawals are processed in accordance to attestations made by at least two thirds of the validators based on consensus staking power.

Many community members have expressed overwhelming confidence in the security of the bridge, but it is important to err on the side of caution in this early phase. To that end, an additional level of defense has temporarily been placed on the Peggy contract by enabling contract upgradability and an emergency pause capability controlled by a 3 of 5 multisig held by the Injective Labs team. Although doing so is admittedly less fully decentralized than desired, many would agree that it is important to prioritize conservativeness particularly in the Canary chain phase of the mainnet. Nevertheless, this administrative capability will hopefully be relinquished as soon as possible in order to facilitate full decentralization which has always been Injective's core ethos.

The orchestrator is an off-chain relayer that every Injective Chain validator operates which serves the function of transmitting ERC-20 token transfer data from Ethereum to the Injective Chain.

Peggy Module on the Injective Chain

On a basic level, the Peggy module mints new tokens on the Injective Chain upon an ERC-20 deposit from Ethereum and burns tokens upon withdrawing a token from the Injective Chain back to Ethereum. The peggy module also manages the economic incentives to ensure that validators act honestly and efficiently, through a variety of mechanisms including slashing penalties, native token rewards, and withdrawal fees.

Next week will mark the official launch of the mainnet canary chain. Upon launch, individuals will be able to stake INJ with validators, bridge over any ERC-20 token onto the Injective Chain, participate in governance for new spot and derivatives markets, create and underwrite insurance funds, and even potentially join as validators.

The design intention for the start of the canary chain is for each exchange infrastructure component (e.g. oracles, insurance funds, market proposals, UI) to be progressively rolled out and thoroughly tested before they are used for actual spot and derivatives exchange with user funds. Doing so ensures greater stability and security in the protocol.

As Injective enters this momentous stage, it is invigorating to see the mainnet unfold, paving the way towards a new age of financial freedom and enlightenment. 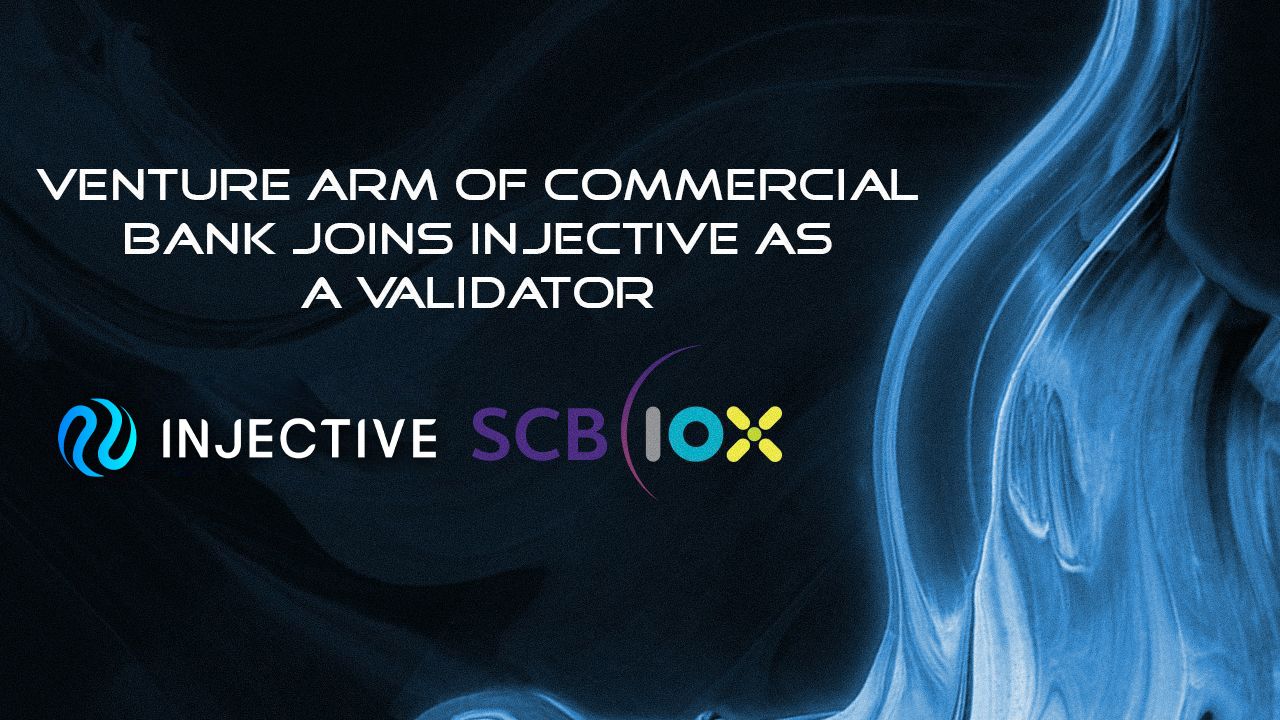 As an exciting update, SCB 10X, the digital technology investment arm of Siam Commercial Bank (SCB​), is joining Injective to become the latest validator. SCB is one of the largest 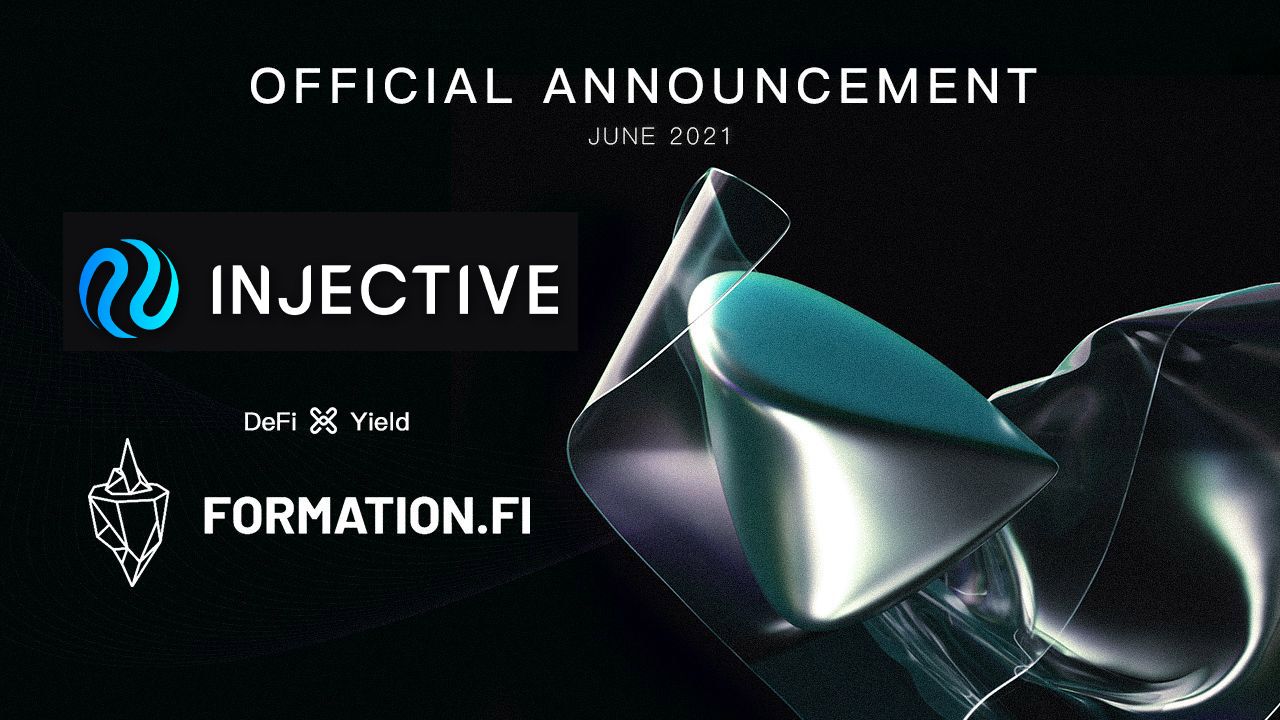