Over the past few months, the Injective community has worked non-stop to carry out a number of important upgrades and product releases.

This article will detail what has been accomplished on the Canary Chain thus far and shed light on the upcoming Mainnet Canonical Chain release.

What is the Canonical Chain?

The Canonical Chain represents the full fledged version of the Injective Chain mainnet without any form of deposit or trading limitations. In addition, it marks the canonical manifestation of the Injective Protocol — the first fully decentralized cross-chain spot and derivatives exchange protocol.

The section here will outline the distinct work streams that are currently underway while also providing a brief summary of milestones that have been achieved.

With the launch of the Injective Hub, individuals gained new capabilities for earning staking rewards, participating in governance, and underwriting insurance funds.

In order to achieve our mission to create a more free and inclusive financial system through decentralization, it is critical that each component of the protocol is as decentralized and community-driven as possible, including the knowledge and governance of the protocol. To that end, we’ve been amazed by the vibrant Injective community for the critical role it has already played in shaping the protocol.

Injective’s decentralized cross-chain bridge to Ethereum has been operating seamlessly to date, securing over $100 million in crypto assets. In addition, the Injective Bridge boasts industry leading withdrawal speeds, with withdrawals back to Ethereum taking mere minutes to process. Secure cross-chain bridges are nontrivial to both implement and operate. We are thrilled to have pioneered the first production deployment of a bidirectional decentralized ERC-20 token bridge to a Cosmos-SDK based chain.

The canary chain phase has been a productive period for onboarding institutional market makers on the new Institutional-grade Injective API. With the new Injective API, professional liquidity providers, algorithmic traders and individuals alike can not only access a high quality trading API but also permissionlessly run every part of the backend infrastructure needed to obtain market data and place trades. While architecting our system in this way was no easy feat, we believe it is crucial to ensure that there are no information barriers to access high quality market data. Too often have we seen traders suffer from exchanges becoming rendered unusable during periods of high load and volatility — precisely when having the ability to trade matters the most.

With Injective’s API node architecture design, every individual can trustlessly and permissionlessly engage in decentralized exchange without facing any centralized chokepoints or restrictions. By providing this unrestricted and unprecedented ability, we are striving to empower individuals and institutions alike with the ability to more efficiently allocate capital in our society.

A separate article will be soon released to explain the Injective API architecture and features in depth.

Last week, the Injective community voted to pass Proposal #58 which provides a 0.2% maker fee rebate on the Axie Infinity spot market. In addition, support for negative trading fees for makers has been added to the Injective Chain, providing a sustainable way to incentivize liquidity providers in the long run.

Furthermore, on-chain support for new reward mechanisms has been developed which will highly incentivize liquidity providers to bring further liquidity and trading volume to Injective. Expect to see an in-depth writeup on our exchange protocol’s on-chain reward mechanism later this month.

Integration with decentralized oracle providers is a critical requirement to provide secure price feeds for the decentralized derivative markets on our exchange protocol. Upon the initial canonical release, users will be able to create new markets with Band oracle pricefeeds transmitted through IBC and Chainlink’s OCR 2.0 (off-chain reporting) protocol.

This integration is still undergoing and below is a brief overview of each oracle provider and the work that remains:

The Band and Injective Labs team have been closely collaborating to transmit Band price feeds over to Injective in a fully decentralized manner using the IBC protocol. Band will undergo their Phase 2 (Laozi upgrade) this week, upon which, Band will launch a governance proposal to enable IBC support on their chain. At this point, the Injective Chain will be able to receive real-time price feeds from Band. Presently, the Band team expects to complete this process by the middle of October.

To knowledge, Injective will be pioneering the first use case of Band’s decentralized oracle through IBC and will be the first custom cross-chain IBC application deployed in production outside of simple IBC token transfers.

Chainlink Off-Chain Reporting (OCR) is a significant oracle scalability upgrade introduced on Ethereum earlier this year, allowing for a 10x increase in the amount of real-world data that can be made available to decentralized applications with up to a 90% reduction in operating costs.

Given the massive benefits of this innovation, we decided to build a custom integration for Chainlink’s OCR model from scratch for the Injective Chain. No previous implementation of the OCR model has existed on a Cosmos SDK based chain, but once complete, Injective as well as any Cosmos SDK based chain will be able to integrate Chainlink’s diverse array of price feeds seamlessly.

Based on timelines provided by the Chainlink Labs team, it is expected that the integration can be completed by the end of October.

Beyond just the Band oracle pricefeed IBC integration, the Injective Chain will also enable IBC transfers which will allow for cross-chain asset transfer from any IBC-enabled blockchain, including the Cosmos Hub, ThorChain, Terra, etc. By doing so, individuals will be able to create new spot and derivative markets with assets native to various other blockchains.

Full decentralization means every part of the exchange experience is decentralized, including the user interface. Over the past few months, we’ve welcomed new relayers (exchange providers) as part of the Injective ecosystem, including Picasso Exchange and the UpOnly Exchange, among others. The addition of each new relayer provides users more choices and helps to decentralize the protocol further.

Summary and the Road Ahead

A number of significant product upgrades and releases were carried out during the Canary Chain phase of the Injective Mainnet. Looking ahead, the main priorities before Canonical Chain release will be the following:

In terms of timeline, the Canonical Chain will be released by the end of October or early November. This timeline assumes that the Band upgrade will be carried out successfully, the Injective Labs team is also working with Chainlink to finish the OCR integration around the same time to ensure the availability of decentralized price feeds from at least one of these providers by November.

Additionally, there are several market makers that are currently onboarding and based on the current progress they will start providing liquidity to the exchange by October as well. There are a number of initiatives being launched to incentivize further exchange liquidity once Canonical goes live.

Once the decentralized oracle integration is completed, many more derivative markets will be deployed along with dedicated liquidity provisioning from institutional market makers.

Expect to see some major product upgrades by the end of October as well (revamped exchange, etc). Also, Equinox staking rewards will be released ahead of Canonical and are expected to be given out by the end of this month!

The community will continue to be updated on progress in a more routine fashion via Discord and Twitter. You can also provide any feedback and interact with the larger community on Discord! 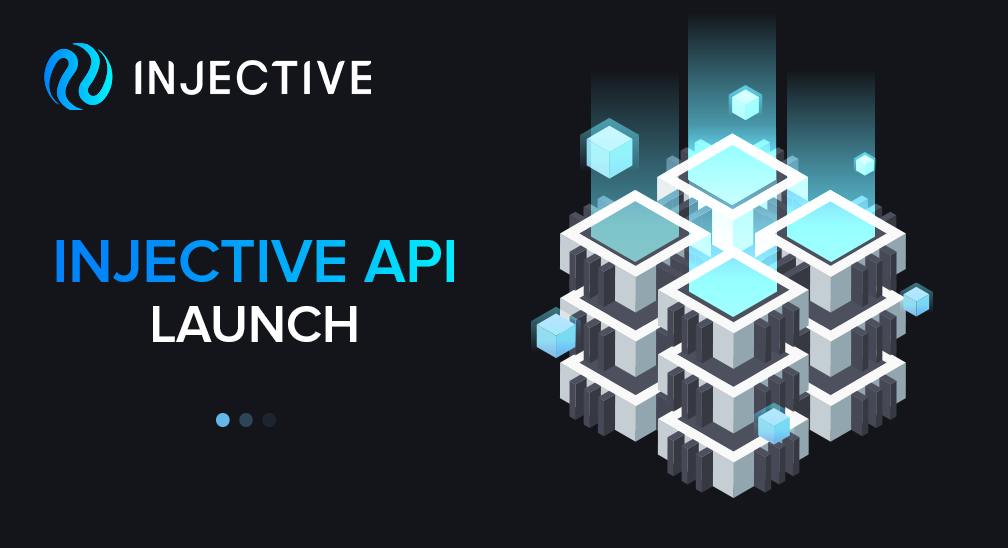 The Injective Public API has now been released! With the new Injective API, institutions, professional liquidity providers, algorithmic traders, and individuals alike can permissionlessly run all components of the backend 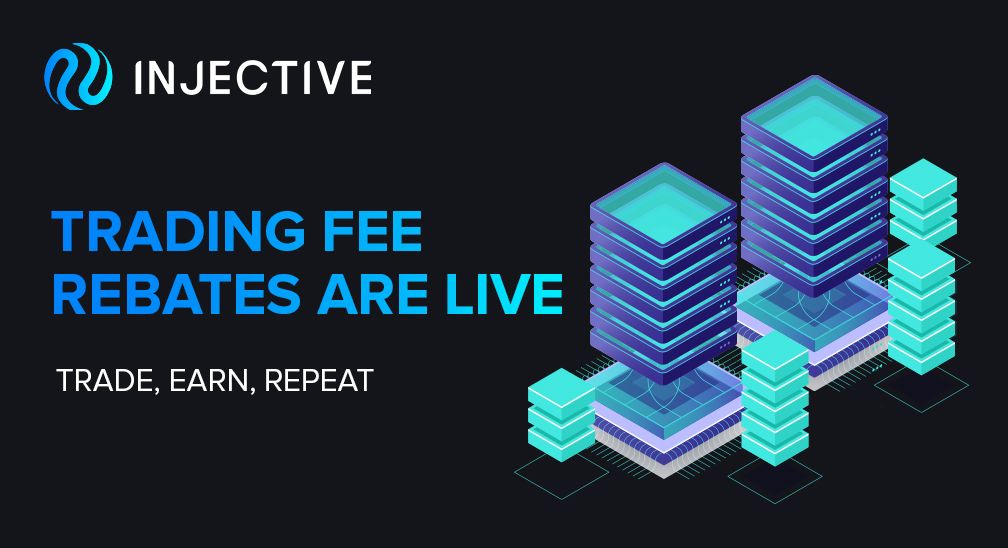 You can now start earning rewards for trading on Injective! This week, the Injective community voted to pass proposal #58 which introduced a maker fee rebates for the Axie Infinity