To kick off the one year mainnet anniversary, Injective is launching the Ninja Pass: the ultimate all-access passport to the Injective ecosystem!

The Ninja Pass will serve as a gateway into exclusive Injective products, events, giveaways and many more surprises. With only a limited quantity, the Ninja Pass can only be claimed via one-time special access codes that are scattered across the Injective ecosystem.

What Is The Ninja Pass?

As new projects, products or milestones are announced, the Ninja Pass can serve as an early-access pass for holders to receive additional benefits not available to the general public.

How Do I Get A Ninja Pass?

Access codes are randomly provided to users utilizing Injective dApps and products. During the Injective Anniversary, multiple Injective ecosystem dApps will be distributing Ninja Passes for community members to claim.

Through Twitter giveaways, trading competitions and more, each ecosystem dApp will host their own campaign to allow a lucky few to receive a Ninja Pass. Different dApps will set their own mystery criteria for unlocking a Ninja Pass. For instance, reaching a certain trading volume on Helix may unlock your very own Ninja Pass.

How Do I Claim My Ninja Pass?

If you are a lucky winner of the Ninja Pass code, you can claim it via the official page here. You should also enter in your email address even if you don’t have a pass yet to stay updated on new drops and news.

Simply connect your wallet, enter your code and click “Redeem Code” to have your very own Ninja Pass. After you claim a Pass it will forever be linked to your wallet which means any future giveaway or event will be unlocked via your wallet.

Note: Once a code has been claimed, it cannot be claimed twice. An Injective wallet cannot claim more than one Ninja Pass code.

The Ninja Pass will unlock the first-ever portal into the Injective ecosystem.

Wishing everyone in the community a happy Injective mainnet anniversary as you seek out the Ninja Pass. May the odds ever be in your favor. 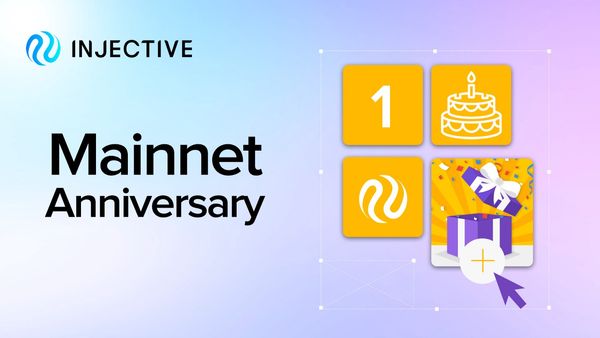 On November 8th, 2021, the Injective Mainnet was released, marking the beginning of a new chapter for the entire Injective community. As the first blockchain optimized for building financial applications, Injective’s Mainnet ushered in a new era for all of Web3. Since its launch, Injective has reached a number

October saw a lot of activity for Injective, with new milestones met, more partner integration, and an exciting airdrop available to INJ stakers! In addition, Injective received more press this month, from both influencers and leading publications, pushing forth the message that Injective is the blockchain built for finance. With 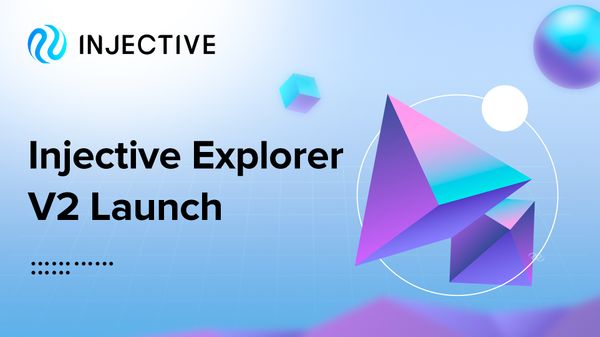 The Injective Explorer V2 is now live! The major upgrades include the addition of a new assets section, a new markets section, asset details across the interchain ecosystem, smart contract code and much more! The deployments bring an unmatched level of usefulness and overall transparency for Web3 builders on Injective.
Suggested articles
View all articles