Please find a recap of the AMA with Elrond below.

In this AMA Eric discusses some unique features of Injective, synergies with Elrond, and future plans for the projects.

Q: Can you give us a short introduction about yourself and how you started Injective Protocol?

Eric: Hey Everyone! I’m Eric Chen, CEO and Co-founder of Injective Protocol. Prior to Injective, I was working at hedge funds and spent a lot of time in cryptographic research at a blockchain-focused fund. Most of my time was also spent on developing new types of trading strategies and researching blockchain protocols. Before that, I was also part of the NYU Blockchain Labs.

Q: What motivated you to start Injective Protocol?

Eric: When I was working as a trader, I noticed that a lot of centralized exchanges suffered substantial operational failures like whitelist IPs, front running, exit scams, and exchange hacks. I’m also wrongfully banned quite a few times during the early days of 2018. I knew that back then the DEX space was still early, but the troubles I faced when interacting with centralized exchanges became a strong enough motivation for me to set out and build something that can rival centralized exchanges.

Q: Can you explain Injective a little more and how it will work for the end-user, in terms of UX and ease?

Eric: We outperform every other derivatives DEX in the market today. We are faster, have zero gas fees, enable anyone to create any market on our platform, and have cross-chain trading capabilities. We retain the robust infrastructure of a fully functional DEX while having a user-friendly frontend, which exchanges such as Binance or a centralized exchange would have.

From a user’s perspective, they will actually be able to deposit their ERC-20 token onto the injective Chain, select the market they wish to trade on, and then enjoy fast instant finality, and most importantly fully decentralized trading all from their usual Ethereum wallet. Feels just as seamless as a centralized exchange.

Q: When will a functional test net be released for the user base to try out?

Eric: We keep the date of testnet a closely guarded secret, but based on what I saw from the community expectations, it’s a lot sooner than they think.

Q: How will the INJ token be used within the ecosystem?

Eric: The use cases intended for INJ include but are not limited to: protocol governance, exchange fee value capture, derivative collateralization, liquidity mining, and staking. Further details regarding each of these use cases can be found below.

Q: If we are using a typical Ethereum wallet how can the fees be zero? Does this mean the INJ blockchain accepts deposits directly? As you mentioned here, is it only ERC20 tokens that can be traded?

Eric: We use the usual Ethereum wallet but it will be connected to another blockchain upon deposit, it’s similar to how Ava works. Fun fact, we deployed the first iteration of our futures protocol on Ava c-chain as a UX experiment.

Q: Can you expand on the governance model a little. What kind of things can be voted or decided on and briefly how will it function?

Eric: Almost all of our smart contracts are upgradable via the governance contract. A fork can also be proposed to make consensus level changes. We follow the compound governance convention and will require users to lock up tokens for voting to prevent flash loan attacks. We also implement staking derivatives to allow staked INJ to be counted towards governance.

Q: How one can become a Relayer validator and what is the incentive to become one?

Eric: Accumulate enough delegated votes and you will become one. Beyond a proof of stake reward, you will also gain 40% of the trading fees from the trades you source! There are actually a lot of cool ways you can implement this! You can create a referral link and get influencers to work with you or create specialized exchanges, such as regional-specific ones, to attract a nice set of users.

Q: How do you ensure that there is enough liquidity using the P2P system in order to not have high slippage on the derivatives platform?

Eric: We have been strategically optimizing ourselves to make sure that we have the best liquidity for DEXs on day 1. Instead of filling our investor roster with traditional venture focused funds, the overwhelming majority of our investors are exchanges, market makers, and traders.

Q: If your interface is open source can’t another protocol make another front-end and fork your project and add more incentives with it? (similar to what we saw with Uniswap — Sushiswap)?

Q: Are there zero gas fees?

Eric: There are no gas fees, but there are trading fees. But it’s going to be a lot better than what you usually see on centralized exchanges, let alone DEXs.

Q: Given that you guys are supported by Binance, are there any conflicts of interest?

Eric: We will not compete with Binance. Binance has supported us since 2018 and is our biggest investor. They want us to be the best derivatives DEX or dare I say it, the “Binance” of derivatives DEX. We plan on leveraging the Binance ecosystem to reach new user bases over time.

Q: What’s your opinion on the recent DeFi hype regarding all these “projects” that by no means offer anything and will only serve to give the space a bad name? Do you see the DeFi bubble bursting, and if so how do you think Injective will fair?

Eric: We try not to be caught up in the whole farming hype and all the bad connotations around DeFi. We’ve been working on Injective before the term DeFi was coined, and we will be here long after the DeFi bubble is gone. The point is to create an exchange that will truly provide value to the greater ecosystem and accrue exchange value back to every INJ holder.

Additionally, we do implement incentive schemes to encourage liquidity. But, we do so in an extremely delicate manner to make sure that it’s not positive to the ecosystem and the token via buyback and burn.

Q: Not sure if this is being asked, any possibility of having a settlement layer in eGLD?

Eric: Stay tuned for more exciting developments with Elrond. eGLD will be added to the Injective ecosystem once the bridge is complete!

Q: What attracted you to Elrond and what do you think Elrond’s network strengths are?

Eric: Well, first of all, I’m a big LOTR fan. I used to do research around sharding for traditional DBs, and adaptive state sharding is generally a fascinating topic for my own curiosity. Fun fact, there was one point in my life where I was seriously considering joining memsql to work on it.

Q: Can you tell us a little about your Staking model, issuance based I assume? Also, will rewards be paid from the trading fees?

Eric: We follow the proof of the stake model outlined by Cosmos-SDK with some slight modifications. Validators can also opt in to be a relayer and earn 40% of the trading fees.

Q: How do you protect the users and the platform that trade derivatives from a crash as we saw in March?

Eric: We have insurance funds. Another interesting fact, FTX prides itself on its market maker liquidation model. We actually see an almost identical and permissionless version of this model playing out in derivatives DEXs like dYdX. So essentially we have two layers of protection: 1. Market makers can take over positions and liquidate them in an open and permissionless way. 2. If we were to be in a clawback position, insurance funds will be utilized as well.

Q: How many coins will a relayer have to have? If the 0x Coordinator requires multiple signatures for trades to be executed won’t that lead to latency problems and thus disruption in volatile markets?

Eric: Wow that’s a great question! This is actually part of our legacy architecture. Basically, we follow the 0x convention on our own chain, and it’s also embedded on the consensus level. So it doesn't cost additional latency.

Q: How do you prevent the forks of the L2 that might affect the orderbook?

Eric: The cool thing about the consensus we’re using is that it’s instant finality. I’m sure you are probably familiar with the CAP theorem, but basically, we prioritize consistency over everything when we were looking at PoS consensus candidates. So, forks won’t happen unless it’s 2/3 majority; the lesser-known but more accurate model for consensus is actually something that Vlad Zamfir proposed.

Q: Where do you see Injective in 5 years' time?

Q: People have become obsessed with airdrops lately. Are you planning to create similar incentives or go down a rewards route?

Eric: We have some smaller campaigns here and there with the intention of getting INJ token in the hands of as many people as possible. Injective’s ecosystem has a lot of ways to earn rewards while providing a net positive value.

Q: How many audits do you plan to have, and which companies will be involved? Did you look at the recent exploitation, and did it changed any firm that you are going to be audited?

Eric: A lot. We can’t talk about which auditing firms we’re actively working with until their report is out. But fun fact, Albert used to be part of Open Zeppelin, which I consider to be one of the best smart contract auditing firms! You don’t need to stake to be a relayer, you just need to stake to be a validator. I’m sure some relayers might open up a pool for reward sharing. As a matter of fact, the foundation itself will not be hosting its own validator, it will be delegating its stake to other validators to ensure decentralization. 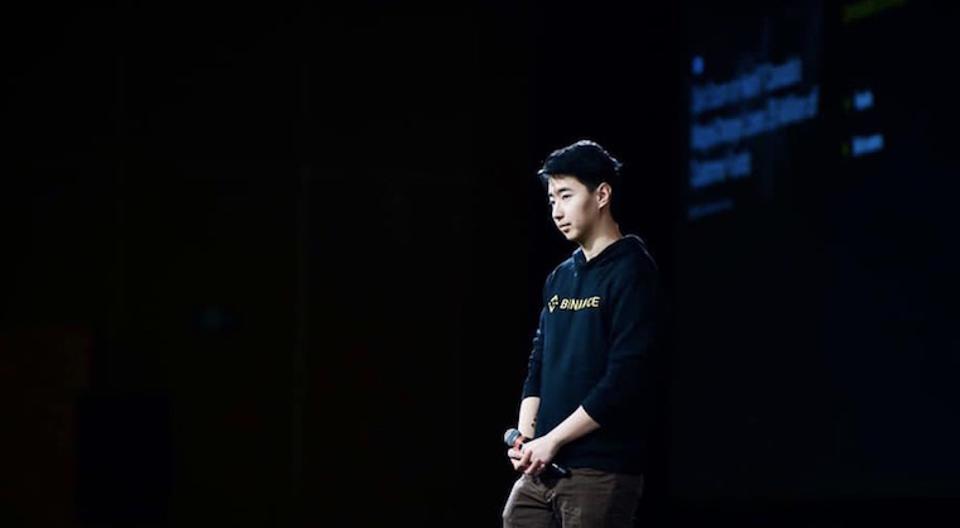 The Web3, or blockchain, industry, is currently in the midst of a digital transformation. We’re seeing a major push for open-source and fully decentralized products that are governed by 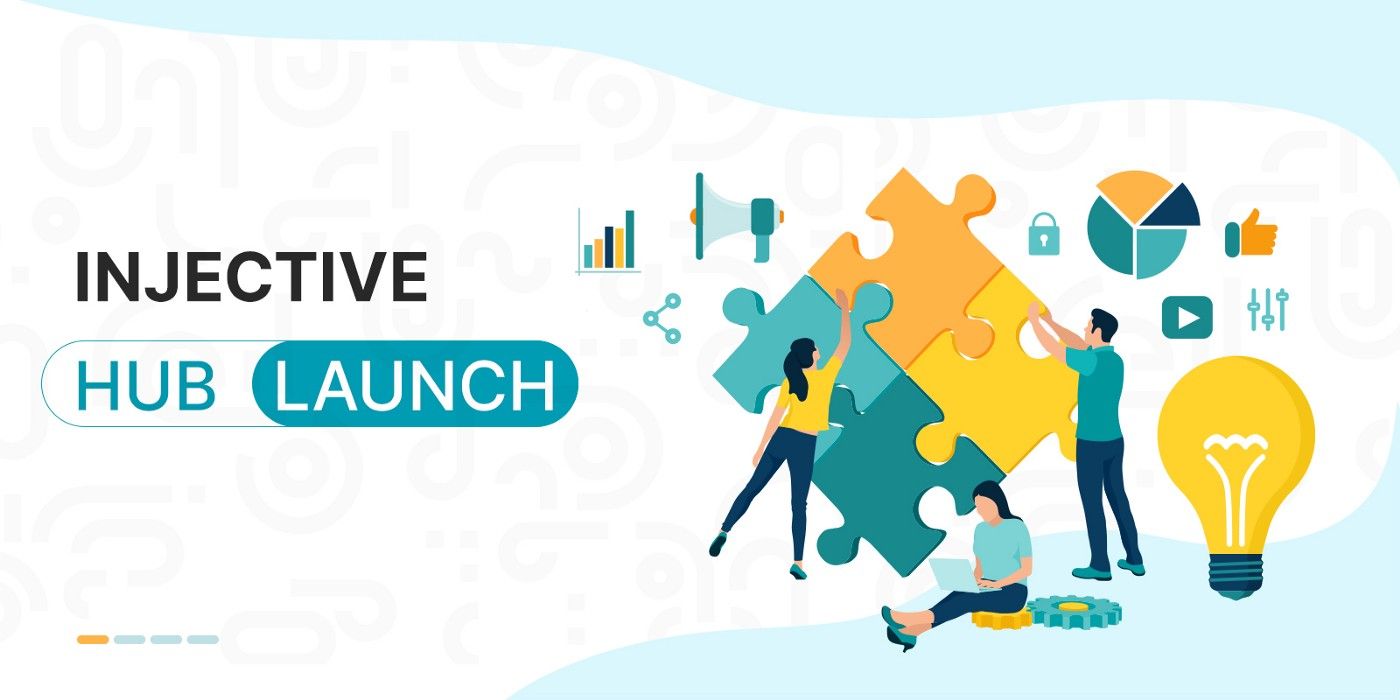 Today the Injective Hub officially launches, providing a community accelerator that enables Injective supporters to earn rewards for their contributions to the project. The community platform is intentionally designed in