Injective Pro is the first major DApp built on the Injective blockchain. The exchange itself underwent a number of iterations with the broader community through multiple testnet phases such as Solstice and later Equinox. Each new version came with new enhancements that continued to cement Injective Pro as a true pioneer in the realm of orderbook DEXs.

Injective Pro was launched on the mainnet Injective Chain towards the end of last year. The derivatives DEX was quickly catapulted into becoming one of the fastest growing exchanges of all time. As it currently stands, Injective Pro has eclipsed 4.5 Billion dollars in trading volume since its initial release just a few months ago.

User metrics over the past few months also helped the Injective Labs team to internally understand how retention and usage rates could be further improved. The combination of both the qualitative and the quantitative observations culminated in a beta version of Injective Pro V2 that was released to a select cohort of early users.

We were blown away by the enthusiasm from the community and worked around the clock to address the beta reviews. This has all led to the official public launch of Injective Pro V2 which will seamlessly bring the best features from centralized exchanges while retaining a dynamic decentralized backend.

Injective Pro V2 is the most powerful decentralized exchange today. It aims to bring a familiar experience for crypto traders so that no matter whether the users are seasoned DeFi users or not, they will find the new user interface very intuitive to use and onboard in no time.

Everyone is encouraged to trade on Injective Pro V2 in order to truly experience all of the upgrades. There are also further additional already planned to be added in the coming weeks and months.

The homepage now serves as a launchpad for users to get started when first coming onto Injective Pro with helpful tips along the way. The markets section has been optimized to display trending and new markets on Injective Pro, making it simple to discover the hottest markets.

At the end of the homepage is a new section to explain why both individual and institutional users will benefit from trading on Injective. Try clicking on a user type and see the magic in action!

The portfolio page will in many ways serve as the new home for traders as it provides an overview of your balances alongside easy to use transfer modals.

The very first section will guide users through bridging assets over to Injective, serving as a lite version of the Injective Bridge itself. You can bridge on this page not only from Ethereum but also from Cosmos IBC enabled chains such as Terra and Osmosis. Multi wallet support for MetaMask, Keplr and Terra Station will also work to make the deposit process simpler than ever before.

Immediately after the bridge section is an Account Summary where you can view your overall portfolio value. Users can also hide their balance which can be especially helpful if you want to retain your privacy while trading in public physical spaces. Deposit, withdraw and transfer buttons in this section also allow you to transfer assets in/out of the Injective Chain.

Now you can switch between your Injective Wallet and Trading Account at the mere click of a button. Just below you will also discover a list of all assets you hold across your wallets, giving you a bird’s eye view of your holdings.

A brand new Activity page offers users the ability to quickly find all past transactions, as well as open positions and funding payments.

For instance, users can easily toggle between their spot and derivatives orders alongside open positions. In addition, there is a wallet history section on the page that will display major transactions such as transfers, deposits and withdrawals.

Filtering options have been added to every section to allow traders heightened flexibility when attempting to pinpoint specific orders or positions. You can filter not only by asset type but also the side you took on a particular trade (long versus short).

Hovering over your wallet address on the right hand side will now show you both your Injective address and the associated Ethereum address on MetaMask. You will also be able to view your VIP Tier, while clicking on the crown icon will display the full VIP Fee Discounts page.

The entire ecosystem of exchange DApps on Injective can also benefit from the Injective Pro V2 upgrade since many of the features can be implemented across different exchanges. In turn, this will help lead to further experimentation and decentralization within the protocol itself as each DApp on the Injective blockchain takes on its own unique path towards providing decentralized trading avenues for users.

The Injective Pro V2 release is a major milestone for the entire community. It would have not been possible without your help and feedback along the way.

The launch takes us all one step closer towards making Injective Pro the best in class decentralized derivatives exchange in the market today. So, try out the exchange and let us know your thoughts.

See you on Injective Pro V2. 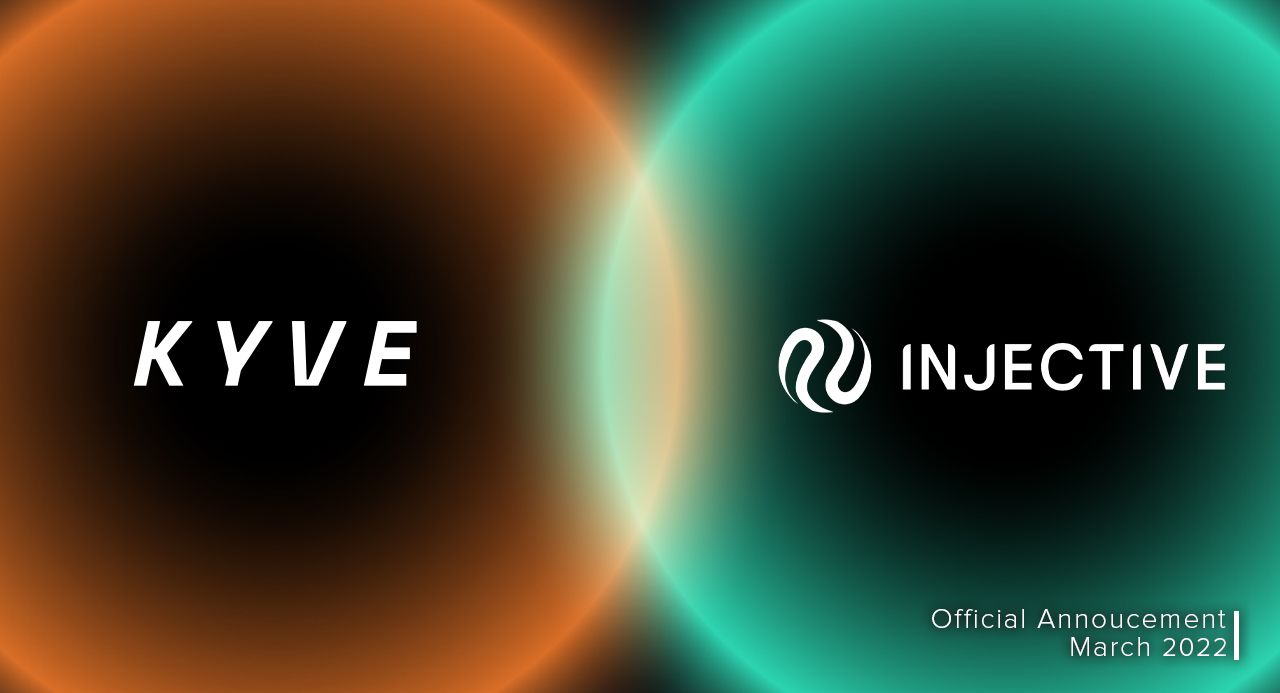 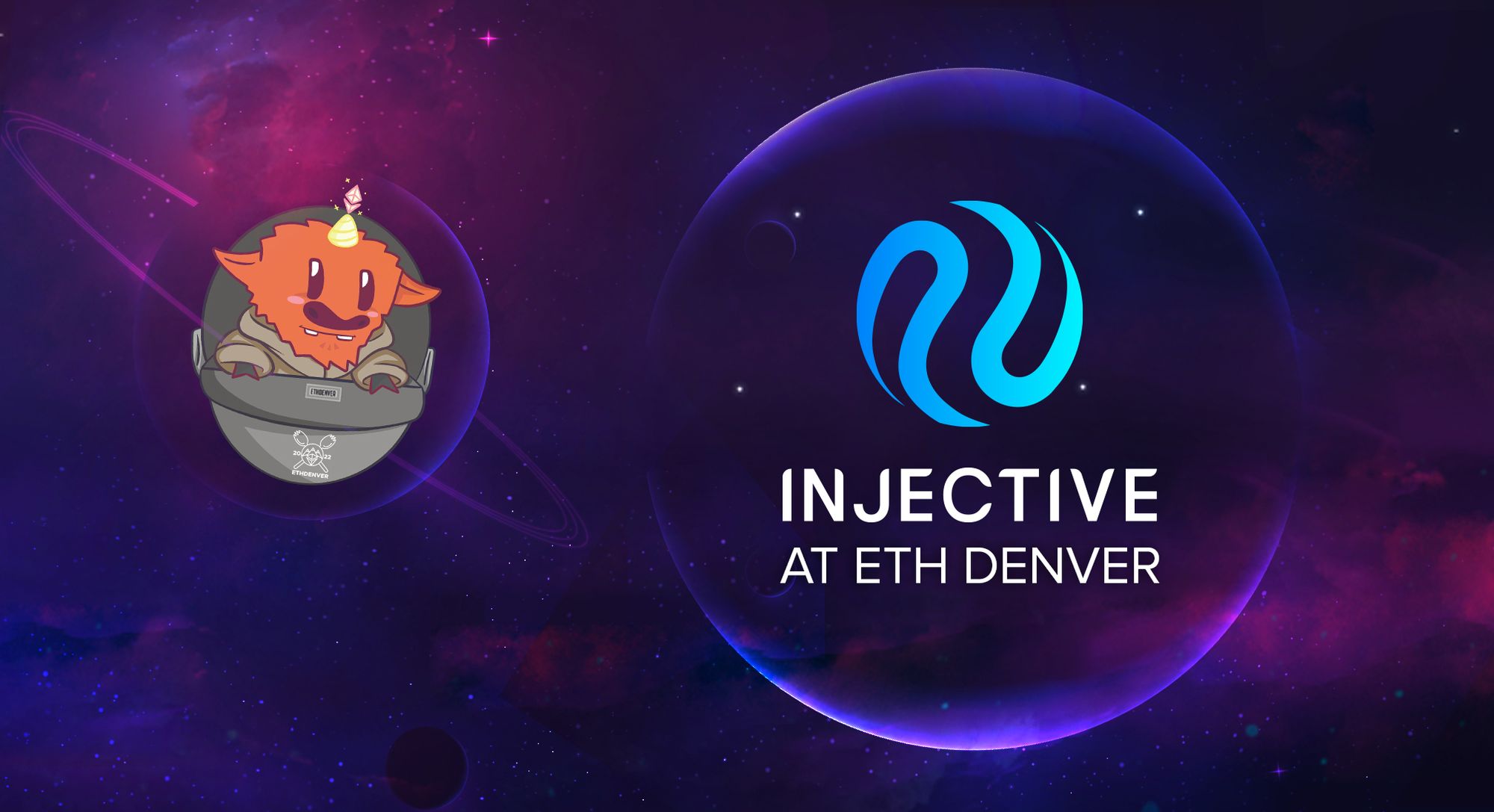 From February 11th-20th, the Injective Labs team attended ETH Denver 2022 for a week-long conference to participate in meetings, hackathons, and social events with over 12,000 other blockchain enthusiasts.