We hope that November was a great month for you — it certainly has been for the Injective community.

First and foremost, the Injective Mainnet was released this month, an astounding feat that required all hands on deck across Injective’s ever-expanding ecosystem.

At the same time, the Injective Labs team participated alongside the industry’s greatest minds at the Cosmoverse Conference in Lisbon, Portugal. Since the launch of the mainnet, trading volumes have soared to never before seen levels and an unprecedented number of users have joined the worldwide community. There’s a lot to cover, so let’s dive in!

After months of tireless effort across the community, the Injective Canonical Chain Mainnet went live and along with it a new era of decentralized finance was born.

The fully on-chain canonical software upgrade brought unrestricted transfers and trading on the mainnet alongside robust token economics, seamless interoperability, novel products and the most powerful exchange in the world of DeFi. Now users and institutions that onboard can bridge over any amount of assets using the native cross-chain and recently IBC-enabled Injective Bridge.

To support new users and institutions on Injective, the Injective Pro trading guide was posted on YouTube and the Injective Trading Bot became open-sourced.

The Canonical Chain is the start of an extraordinary journey that will take Injective and the entire crypto industry to new heights.

The community voted to launch Injective Astro: A $120 Million Incentive Program to bring liquidity and traders to Injective Protocol.

Initial incentives enabled traders to earn up to 180% in rewards for spot and derivatives market. The first reward epoch for Injective Astro wrapped up with users earning nearly $400,000 in INJ over the span of one week.

Injective Astro marks the most monumental chapter in the history of Injective as it is one of the largest incentive programs not only within the exchange industry but also in all of DeFi.

ATOM was listed for trading on Injective, allowing users to Transfer $ATOM with the IBC-enabled Injective Bridge for sub $1 fees. Additionally users could trade $ATOM to enter the $120 Million Injective Astro reward program.

This month the MarsX relayer went live on Injective. MarsX provides unlimited access to spot and perpetual markets with a focus on Chinese-speaking audiences, all while offering Injective’s zero gas fees and high capital efficiency.

Using the Injective Hub, community members can propose new spot or perpetual markets for a wide array of assets. The IBC oracle feature in BandChain allows Injective users to custom request data natively. This means that when the Injective Chain requires a new data feed, the protocol can simply just send a new request and receive a data result guaranteed to have come from BandChain’s decentralized oracle by the IBC core architecture.

This past month the Injective Labs team traveled to Lisbon, Portugal to connect with fellow leaders and engineers in the crypto space. Injective Labs CEO Eric Chen delivered a keynote address at the Cosmoverse Conference, discussing topics such as cross-chain derivatives, Cosmos ecosystem, IBC and Injective’s mainnet launch.

While in Lisbon, Injective teamed up with Cosmos to kick off the HackAtom VI challenge with $1M in prizes.

With the launch of Injective Mainnet and the Injective Astro liquidity incentive program, a flurry of news media globally began to spotlight Injective. A handful of these include Staking Rewards, Decrypt, CryptoBriefing, Yahoo Finance, Coindesk Korea and BlockBeats (China). Sophie in Crypto also spoke at length about Injective in an exclusive YouTube feature.

This is just a glimpse of the extensive media coverage Injective received over the past month. Much more is expected to follow in the coming weeks as more traders are onboarded with the incentives in place.

November saw an unprecedented surge in community growth and engagement.

Injective Labs members participated in a number of AMAs across multiple social media platforms. First, the Canonical Mainnet AMA took place as the first ever Injective AMA on Twitter Spaces. ICO Drops held a Telegram AMA with Injective to discuss the mainnet and other recent milestones. Injective hosted the first ever Market Maker AMA, featuring Justin, Founder of Asymmetries Technologies and Max, Head of Financial Markets at Injective.

That’s it for this monthly update, be sure to follow Injective on Twitter and join the Telegram and Discord server for more updates and events!

Until next time Injective family! 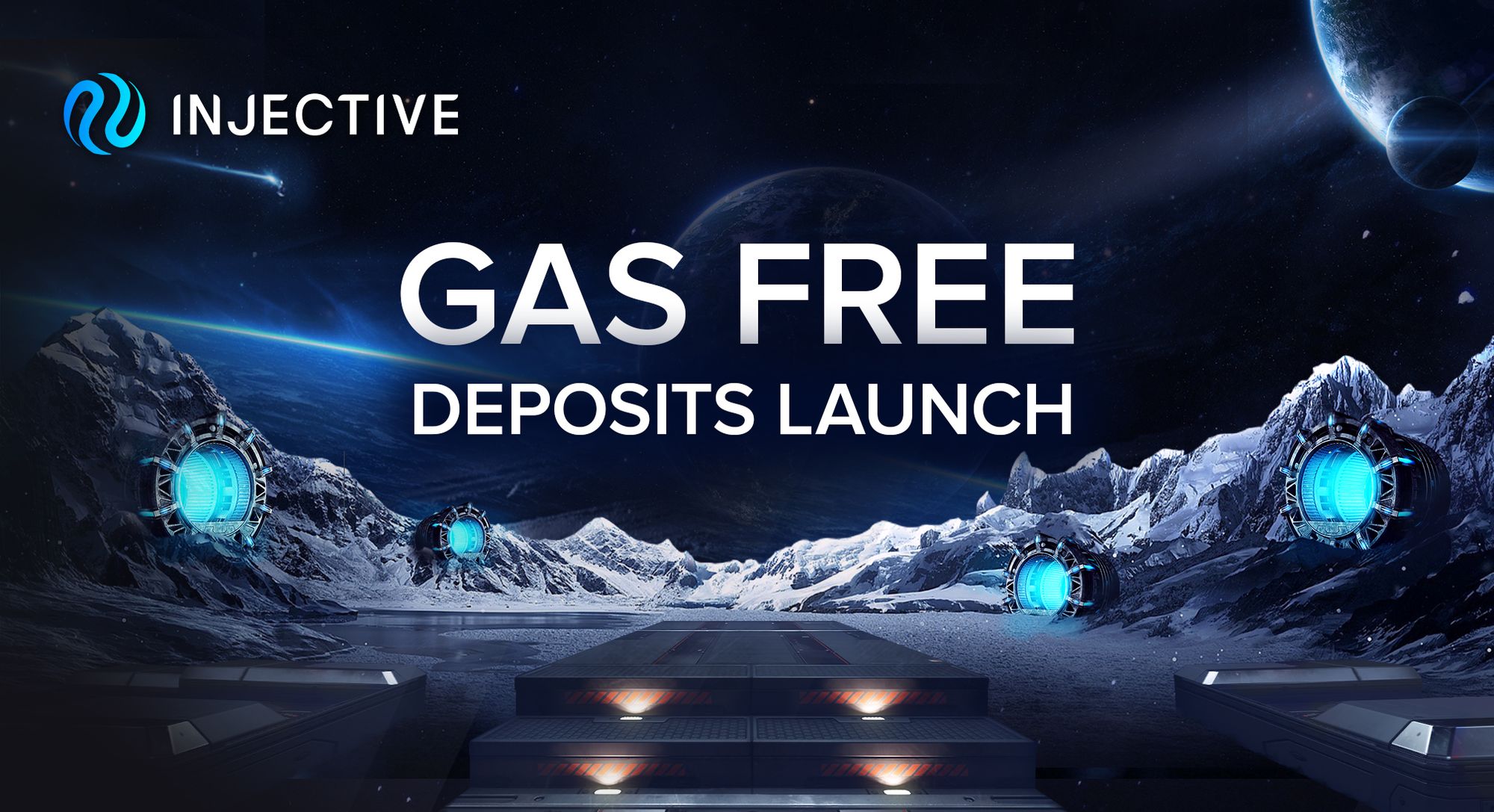 Injective is launching gas free deposits starting today! All new users who transfer and trade on Injective can earn a rebate for any gas transfer fees that they may have 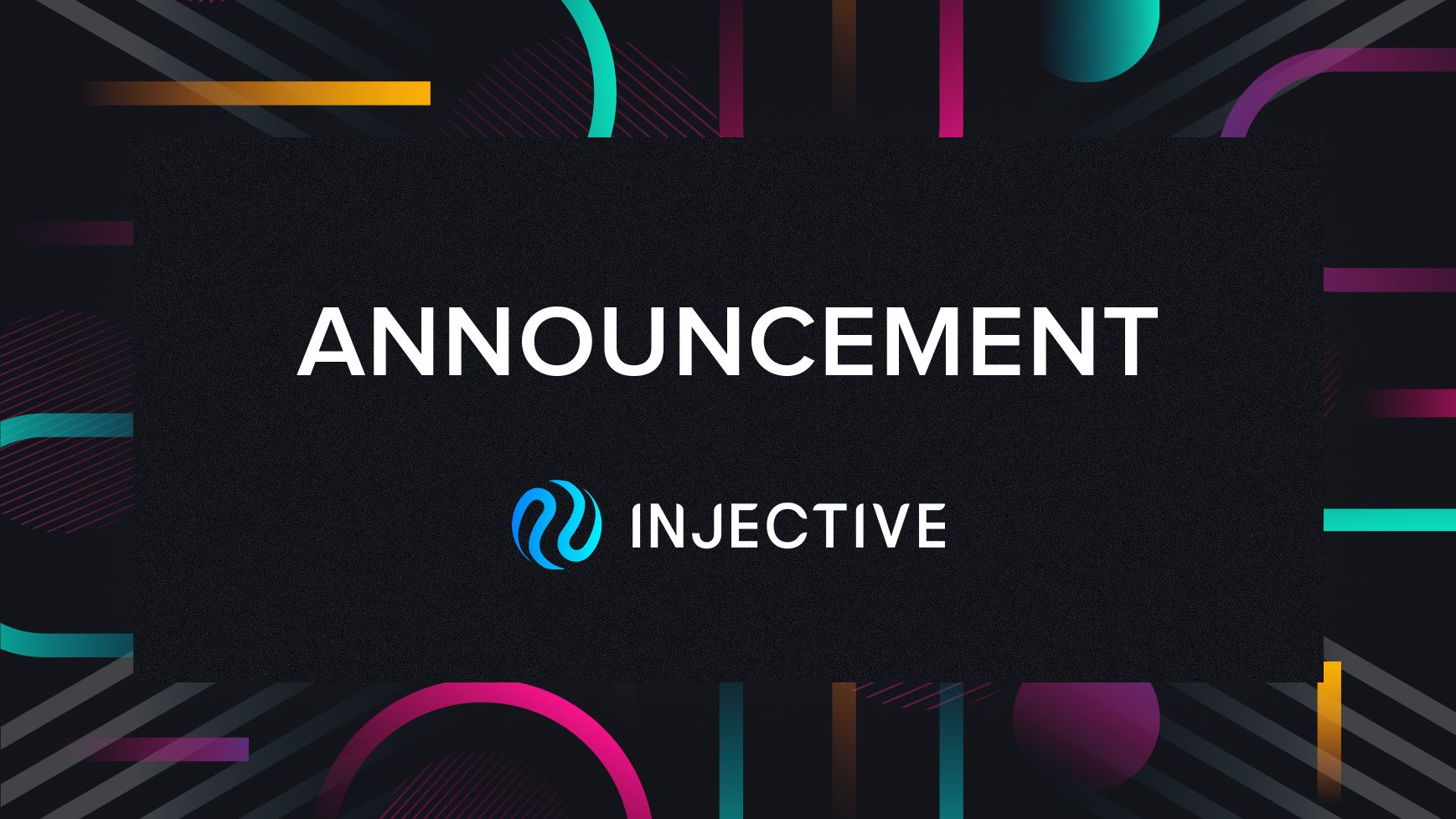 TLDR: Due to sudden market volatility in the ETH market, a safeguard mechanism in the protocol automatically paused the ETH/USDT PERP market to protect users from further liquidation. The