2021 was a landmark year for Injective and the community didn’t let the ball drop (pun intended) throughout the final month. December marked multiple milestones such as the start of INJ burn auctions, gas free deposits and Terra/UST perpetual markets alongside record-shattering trading volumes. Read below for a full digest of the community’s latest achievements and goals as we kick off the new year.

The Injective Burn Auction launched with a mission to burn 60% of exchange fees every week, managed by a community-led auction. Two burn auctions took place in December, leading to one of the largest token burning ratios in the entire crypto industry, with over $700,000 worth of INJ burned in less than a month.

The Burn Auctions will continue to take place on a weekly basis and the community can participate here.

Injective Pro crossed $1 billion in total volume traded in less than a month, cementing itself as one of the fastest growing decentralized exchanges of all time. The Injective Chain reached over 15 million transactions processed since going live in November, demonstrating the power of the first custom interoperable blockchain built for decentralized trading & DeFi apps.

Injective launched the all-new gas fee deposit program. All new users who transfer and trade on Injective can earn a rebate for any gas transfer fees that they may have paid when bridging assets to the Injective Chain from Ethereum. This program will ultimately provide new users with a seamless onboarding process without any initial cost concerns.

The Injective DMM (Dedicated Market Maker) Program also went live, serving as the second major component of Injective Astro. The DMM program will ensure that the market makers are providing liquidity at tighter spreads which is overall better for healthy financial markets.

Injective Improvement Proposal #93 passed to carry out a major upgrade to the canonical Injective Chain. The proposal aimed to streamline the INJ burn process further while also improving INJ tokenomics and backend exchange logic. Injective Labs CEO Eric Chen presented a deep dive on the proposal’s impact, which can be found here.

Decentralized Terra ecosystem markets went live on Injective, enabling users to trade LUNA & UST spot/perpetual markets while earning rewards with every trade. Over $50 million was traded in the first ever decentralized LUNA/UST perpetual market in one week alone.

The Injective Bridge also onboarded the Terra blockchain via IBC. This involves a Terra Station wallet integration, native LUNA and UST transfers to Injective, and sub $0.40 transfer fees. Users can try out the bridge connection here. Injective is establishing itself as a hub for UST derivatives and Terra markets, which signals a new era of cross-chain derivatives trading.

One of the leading DApps built on Injective, Picasso introduced a swap interface, which enables users to trade LUNA, UST, and INJ in just one click. The Terra community built Lunatics Exchange on top of Injective to facilitate LUNA/UST spot and perpetuals trading. Unlimited Exchange introduced a new interface to revamp the user trading experience.

Injective validator Huobi Pool started to build a Huobi relayer on Injective. This will enable Huobi Pool to provide a new avenue for INJ staking while also enabling the Huobi community to seamlessly access Injective Protocol.

The Injective community delivered in spades last month. Here are just a handful of highlights:

And that’s a wrap for 2021! To read in greater detail about Injective past, present, and future check out Injective’s 2021 Year In Review. And don’t forget to follow Injective on Twitter, Telegram, and Discord for more updates in the year ahead! 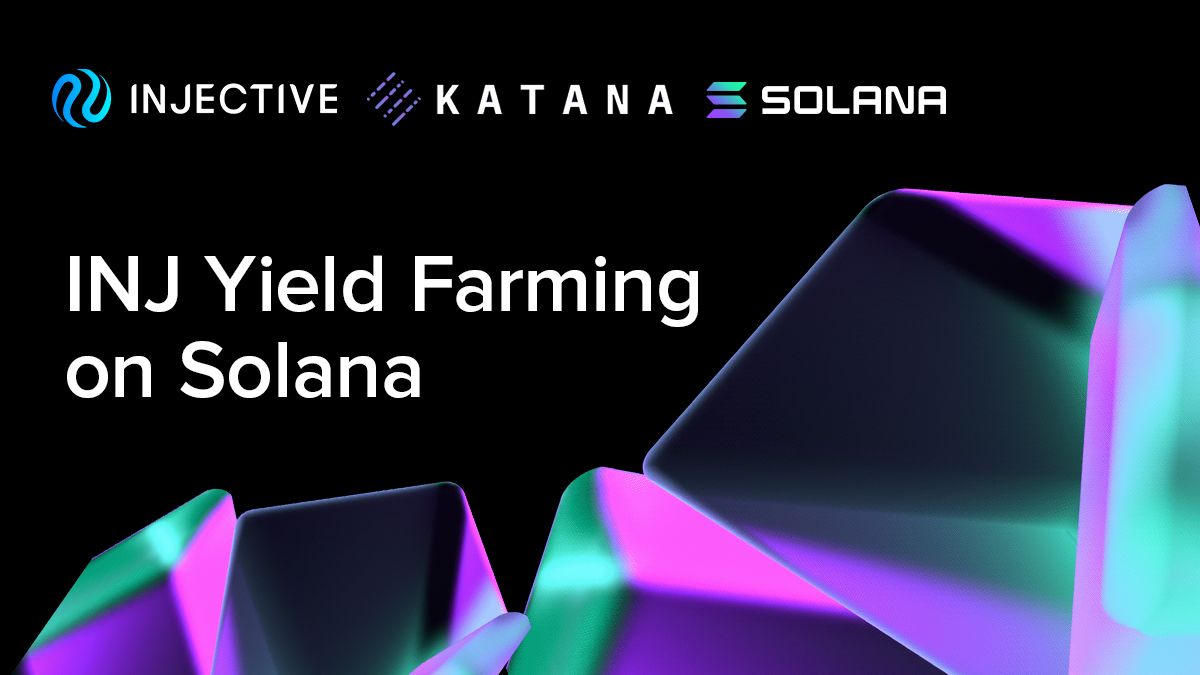 INJ is now available on the Solana blockchain. Users can begin to earn a projected 20% APY on their wINJ using a newly released wINJ Covered Call Vault on the

The past year was marked by rapid growth and adoption of Injective. During this time, Injective launched its state of the art mainnet and released Web3 products that would come