Overall the upgrade leads to improved token economics, revamped reward mechanics, new avenues to increase the INJ burn, and a number of backend optimizations that will make the Injective Chain more powerful than ever before.

The article here will shed some light into specific parameter changes brought on by IIP-93.

The Injective Astro program has led to great benefits for the Injective ecosystem. However, the community quickly noticed that larger traders were able to earn more than others just by having more capital to deploy. This is of course not a siloed problem within the Injective reward mechanism but persists across most decentralized protocols today.

IIP-93 seeks to rectify this issue by adding a staking requirement to the Trade & Earn program.

Put simply, users would have to stake INJ in order to reap the benefits of Trade & Earn. Specifically, a user can earn up to 100 INJ in rewards without having to stake. However after reaching that minimum threshold, staking is required to earn further rewards. For instance if a trader is expected to earn 110 INJ but is only staking 100 INJ, he will lose out on earning 10 INJ. The 10 INJ would be distributed back into the community spend pool which can be utilized for future ecosystem initiatives.

The new reward mechanism along with the standard 21 day unbonding period requirement for staking will create more robust token economics where only the loyal Injective users will be rewarded through the Injective Astro program in the long run. In addition, staking will encourage traders to integrate other components of the Injective ecosystem such as the Injective Hub and other applications built on Injective while continuing to improve the utility of INJ itself.

As an added benefit, staking will also enable traders to reach better VIP fee tiers since on Injective users can pay less trading fees depending on how much INJ they have staked. This adds additional incentive for everyone to lock up their INJ moving forward.

In summary, the new reward mechanism helps to increase the amount of staked INJ, provides a better reward structure for every retail trader, encourages long term ecosystem growth and helps create much better token economics for INJ as a whole.

The oracle module on the Injective Chain will now automatically filter extreme values. With this change, oracle prices that are less than 1% or greater than 100x compared to the last price will be ignored. In theory, this new process should prevent the impact of irregular price feeds to exchanges built on Injective.

The community has often requested to have the option of batching orders together. Well it is now possible!

Power users can create/replace/cancel orders all in one atomic transaction, thereby leading to many more possibilities when creating sophisticated trading models. It’s also now possible to cancel all orders in a market without worrying about missing any open orders.

Normally, these types of transactions were carried out on centralized exchanges in the past. However, the Injective Chain was custom built to enable the most advanced forms of trading and Web3 applications, so the native chain is able to allow transaction types that other decentralized protocols are simply not capable of supporting.

Users can choose to trade on any of these exchange relayers that all share one on-chain orderbook, leading to better liquidity for everyone. The current exchanges on Injective include Injective Pro, Picasso Exchange, Unlimited Exchange, Lunatics Exchange, and MarsX. Huobi Pool is also building a Huobi relayer to enable new forms of staking and interaction with Injective Protocol! You can find a list of relayers on the Injective Hub.

Each one of these exchanges on Injective has a unique focus and can choose to display any market of their choosing on the frontend. For instance, Lunatics Exchange focuses on Terra markets while Picasso offers a swap interface.

Each of the exchanges help to burn more INJ since 60% of all generated fees are sent to the burn auction pool. In fact, 82,373.11 INJ have been burned in the last three weeks alone!

With the addition of IIP-93, the INJ burn mechanics become even more robust. Exchange relayers can now send fees directly to the auction module which would add more INJ to the burn process. In addition, exchange relayers can also send funds to an insurance fund for a market that they wish to support. All of this is done by specifying the feeRecipientAddresses in orders.

A number of backend optimizations were implemented through the IIP-93 upgrade to improve the overall performance of the exchanges built on Injective.

A new experimental feature has also been packaged into IIP-93 which would enable users to grant permission to execute certain transactions for one another. The possibilities for customization are truly endless.

A prime example of this is users no longer having to sign every transaction. Essentially a user can grant an exchange relayer permission to place orders. So now, anyone can simply click to confirm a trade without having to sign using an external wallet such as MetaMask or Ledger. All in all, this feature can help everyone to have a much smoother user experience moving forward that is comparable to that of a centralized exchange.

Another example of signing authorization would allow users to grant permission to a trusted market maker or friend to execute orders on their behalf! Basically, this can allow you to ensure that your funds never leave your wallet while a professional trader can help you earn additional passive income 24/7 with more sophisticated trading strategies.

The article here provided a brief overview of the changes but you are encouraged to try out the new product offerings yourself! Check out the exchanges building on Injective, the Injective Hub, and the Injective API.

The Injective community continues to play the most important role in shaping the future of the protocol and the mainnet upgrade would not have been possible without the community’s feedback and contribution. 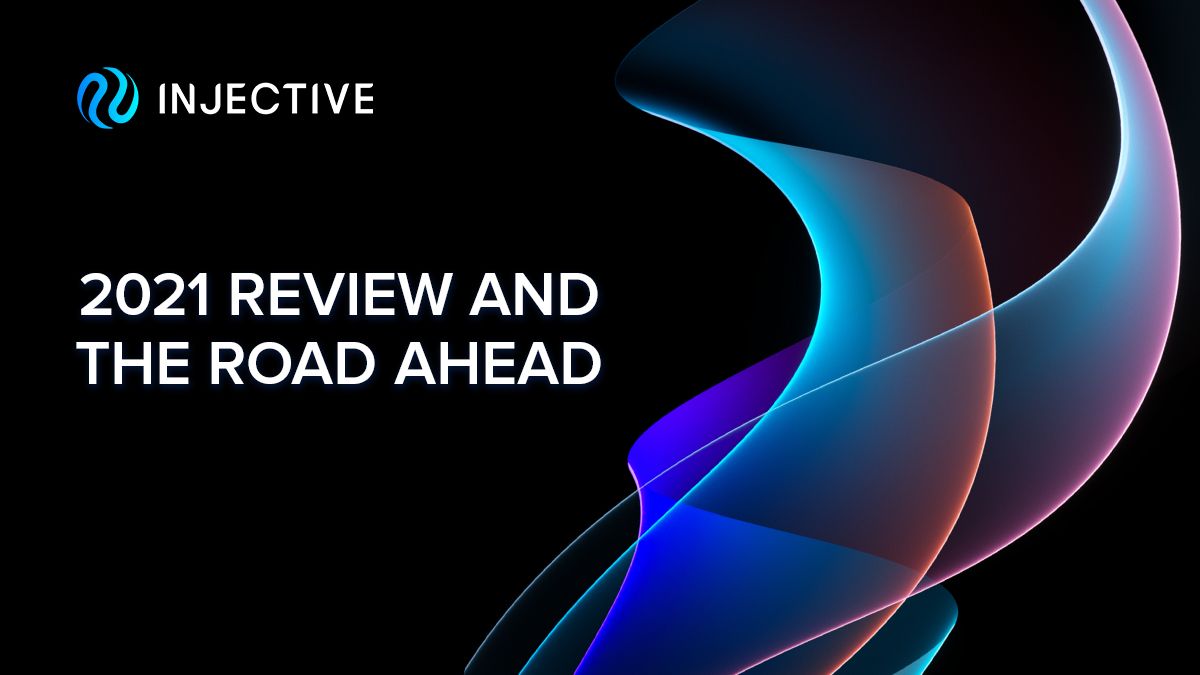 The past year was marked by rapid growth and adoption of Injective. During this time, Injective launched its state of the art mainnet and released Web3 products that would come 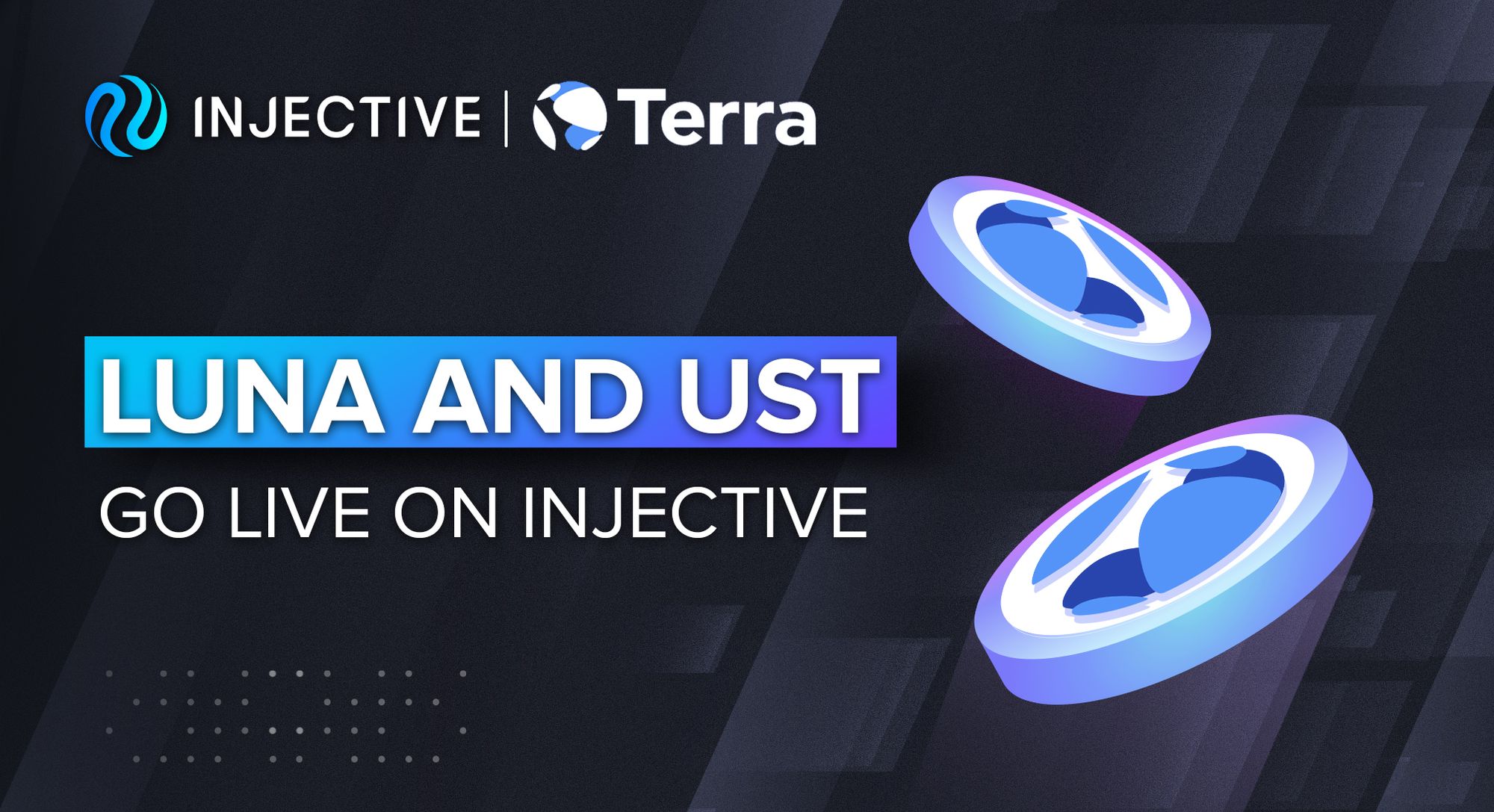