Astroport launches its highly anticipated beta on the Injective testnet today, bringing an advanced AMM to the Injective universe.

Originally released on Terra, Astroport was one of the largest DeFi applications on the protocol, regularly facilitating hundreds of millions of dollars in trading volume shortly after its launch.

Astroport is a sophisticated AMM protocol that allows any user to swap crypto assets using multiple pool types, including Curve-style stableswap pools and Uniswap v2-style constant product pools. Astroport users will also be able to take advantage of Injective’s interoperable network, swapping assets bridged from not only Cosmos or Ethereum, but also from Solana, Aptos, and Avalanche through Injective’s recent Wormhole integration.

Astroport is an automated market maker (AMM) that aims to make it easy for users to swap crypto assets. Unlike traditional exchanges, Astroport’s AMM exchange automatically matches buyers and sellers through algorithms and smart contracts, allowing for instant trades to occur at a predetermined price.

As Astroport is built on Injective, users will be able to take advantage of Injective’s interoperable network, swapping assets from not only Cosmos or Ethereum, but also from chains such as Solana through Injective’s recent Wormhole integration. Users can bridge assets to Injective via the Injective Bridge. Then, they can create liquidity pools on Astroport to begin earning as LPs and start trading new markets.

Injective’s on-chain orderbook will also be utilized by Astroport in order to bring further capital efficiency into the exchange dApp ecosystem on Injective. Upon mainnet launch, Astroport’s governing body, the Astral Assembly, can also propose connecting the Injective deployment to Astroport’s Terra 2 instance for cross-chain governance and ongoing fee sharing, which can generate more protocol fees to Injective as a whole.

Why is this Deployment a Major Deal?

Astroport has selected Injective to be its first deployment outpost, bringing one of the largest AMMs in history to the Injective ecosystem. Astroport contributors spent a great deal of time analyzing a number of major L1 networks before determining Injective to be the first host chain for its V2 iteration.

Injective helped to pioneer the first fully on-chain orderbook module that is uniquely MEV resistant. Now the Astroport AMM can work in tandem with Injective’s on-chain orderbook module, which can create a far more capital efficient environment for traders everywhere. In turn, Astroport can become the primary trading venue for the masses, which would not be possible without Injective’s next-generation infrastructure stack that is optimized specifically for financial applications.

What Assets Will Be Available on Astroport?

Astropot will kick off the testnet launch with the following assets:

What Is Astroport’s Current Roadmap?

Astroport’s testnet deployment on Injective marks the first of three phases. The overall launch timeline will consist of three discrete phases which include:

How Do I Get Access To The Astroport Testnet?

Testnet participants will be able to utilize Astroport before any others in the community, and will also be eligible for surprise benefits.

Moving forward, access may gradually be increased to enable more community-wide testing so stay tuned for the latest updates by joining the Injective Discord server!

To say that 2022 was a monumental year for Injective is an understatement. This year, Injective not only focused on continuing to expand its ecosystem while strengthening the layer one chain but it also accelerated its reach within the broader Web3 community, generating more news and buzz around its mission 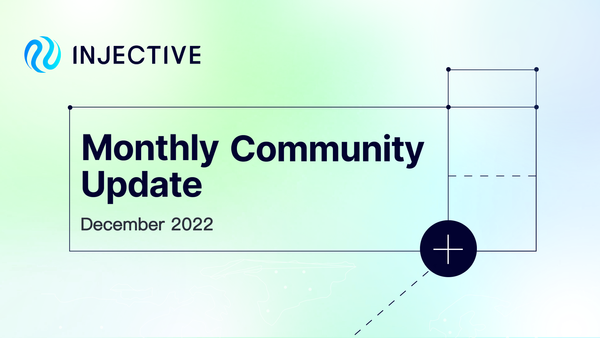 2022 was a fruitful year for Injective and the community has remained diligent to deliver new upgrades and bring in new partners even in this final month. While there will be an official end-of-year recap to close out the year, we would be remiss to not highlight all that was 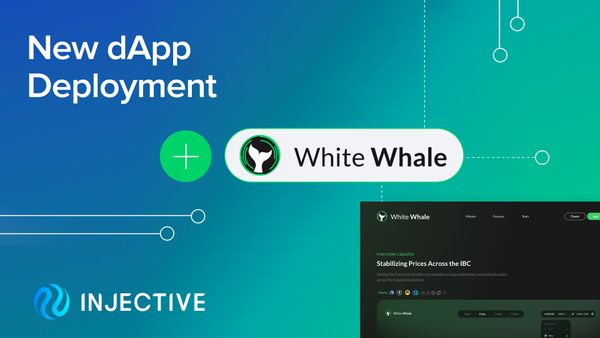 White Whale, the Cosmos interchain liquidity hub, is now live on Injective bringing Flash Loans to the ecosystem for the first time! Injective users can now participate in arbitrage and flash loans without any barriers. With this new integration, users can easily access a wide array of liquidity pools across
Suggested articles
View all articles 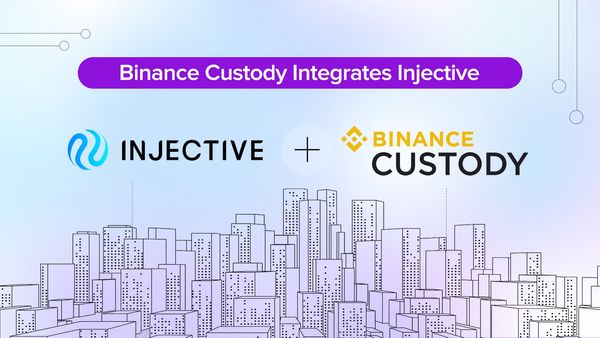